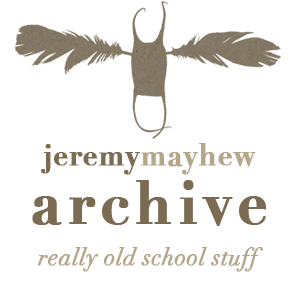 It was 1996 and I was in The University of The Arts film program. I was really into avant-garde and French New Wave cinema at the time. I also had much to learn about 16mm and mag track shooting and editing. This was a sophomore effort but I learned a lot in the process.

A young man is internally torn over whether or not to mail his important message, while considering it’s consequences.